0
Shares
By Marina Freri
Nearly 40 thousand additional people will be serviced by NEC Australia's voice and data solutions next year, with the subsidiary of the Japanese IT giant adding two new local contracts to its portfolio over the past several weeks. 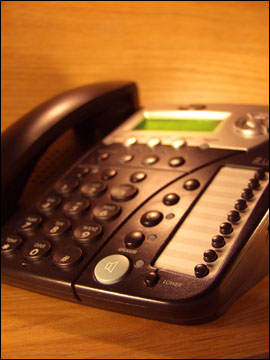 Nearly 40 thousand additional people will be serviced by NEC Australia's voice and data solutions next year, with the local subsidiary of the Japanese IT giant adding two new local contracts to its portfolio over the past several weeks.

In separate statements issued by NEC, the company said both the University of South Australia and the Royal Automobile Club of Victoria had agreed to implement its telecommunications facilities, adopting NEC SV8500 communications servers.

The projects aim to be cost-effective and to improve the overall flexibility of the companies' communication capabilities.

The University of South Australia will be provided with a complete IP voice solution, which will be tightly integrated to the University's Active Directory system across its five campuses. The system will join with Microsoft Exchange for voicemail on IP phones and PCs as well as featuring softphone capability from laptops, PCs and even smartphones.

This change will allow the university to manage its own IT system and NEC promises it will save money too. Stephen Stone, deputy director of Technology Services at the university said NEC was the most competitive provider.

'NEC was chosen because it offered the best value for money and integration capabilities with the university's Exchange email platform and its corporate directory (Active Directory),' he said.

NEC will complete the process by deploying new phones to all university users by early 2011, when the company will also be busy building from the ground up the new Royal Automobile Club of Victoria's network.

RACV has signed a five-year contract with NEC to replace its telecommunications network completely and adopt a new IP voice and data system. RACV will be provided with four NEC SV8500 communications servers which will support the work of more than 2500 employees.

The new network will feature a Genesys Contact Centre, be voice-recognition capable and able to interact with social media such as Facebook and Twitter, as well as offering Lotus Notes-integrated voicemail and a remote survivable gateway which will ensure communication capability should the data-network ever fail.

The RACV's general manager of Information Technology and Telecommunications, Martin Byrne, said NEC would allow a two-year implementation which is more compatible to RACV's needs. 'NEC's solution also allows for a phased implementation approach that is flexible enough to change as our business needs change,' he said.

Published in Strategy
More in this category: « Private cloud ball is now in IBM's court Telstra LTE trial hits 149Mbps with Huawei »
back to top