0
Shares
By Renai LeMay
Pro-choice euthanasia information and lobbying group Exit International has started holding what it describes as 'hacking masterclasses' to show seniors how they can circumvent the Federal Government's planned internet filter and access practical information on euthanasia. 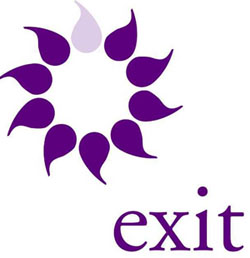 Pro-choice euthanasia information and lobbying group Exit International has started holding what it describes as ‘hacking masterclasses’ to show seniors how they can circumvent the Federal Government’s planned internet filter and access practical information on euthanasia.

Exit International was founded by controversial Australian doctor Philip Nitschke and conducts a number of activities aimed at providing information around what it sees as seriously ill patients’ right to end their own life.

In a statement on its site, the group outlined the classes, saying they would be led by “one of the country’s leading young IT gurus” — Newcastle’s David Campbell. The first event was held on April 1.

“The masterclass was prompted by the reported inclusion of Exit International websites (www.peacefulpill.com) on the Government’s secret blacklist of banned websites. The Clean Feed policy will see older Australians denied access to current end of life information,” the site states.

“To ensure that elderly Australians can continue to receive this important information after the Federal Government’s censorship takes effect, the masterclass is intended to provide plain language targeted for Seniors.”

A spokesperson for Communications Minister Stephen Conroy said discussion about euthanasia was not content that would be deemed Refused Classification under the proposed filtering scheme.

However, they noted that Nitscke’s book The Peaceful Pill was found to be Refused Classification because “it provided detailed instruction in crimes relating to the possession, manufacture and importation of barbiturates”.

“As a result this book cannot be bought or sold in Australia and it cannot be brought into Australia. The URL therefore for accessing an electronic version of the book was classified as Refused Classification,” they added.

However, Conroy’s spokesperson also noted that under the Federal Government’s policy it would not be an offence to circumvent the filtering measures or to show someone how to circumvent them — which testing laboratory Enex had noted was a possibility for technically competent people, in its report on filtering technologies handed down last year.

The news comes as the Opposition has again delayed promoting a view for or against the filter legislation, which has not yet entered Federal Parliament.

On the ABC’s Q&A TV show last night, Opposition leader Tony Abbott said while he wanted to see protections in place for children using the he didn’t want to see the net destroyed by a filtering system which didn’t work.

Shadow Communications Minister Tony Smith has previously stated the Opposition would wait until it saw the actual filter legislation before pushing its own concrete view on the matter.

More in this category: « Aussie pair buys 19 iPads in US haul MySpace co-chief Jones hits Australia this week »
Share News tips for the iTWire Journalists? Your tip will be anonymous